Smugglers use drone in attempt to smuggle contraband into UK prison 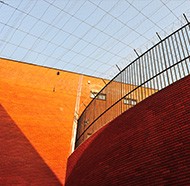 Bedfordshire Police have confirmed that smugglers attempted to use a drone to send drugs, screwdrivers, a knife and a mobile phone to inmates at a high-security prison.

The package containing the contraband was only spotted by staff after the remote-controlled aircraft became entangled in barbed wire surrounding Bedford Prison.

This is believed to be the first attempt to use a drone for smuggling a package into a UK prison.

HM Inspectorate of Prisons has already warned that preventing the trafficking of unauthorised substances is one of the biggest challenges that jail guards face.

Our bespoke installations comprise of a discreet and impenetrable net/mesh barrier coupled with heavy duty bolts, strainers and fixings that protects the premises from drugs and contraband landing inside sensitive areas.

Further details relating to our anti-contraband system can be found on our Contraband Netting section.