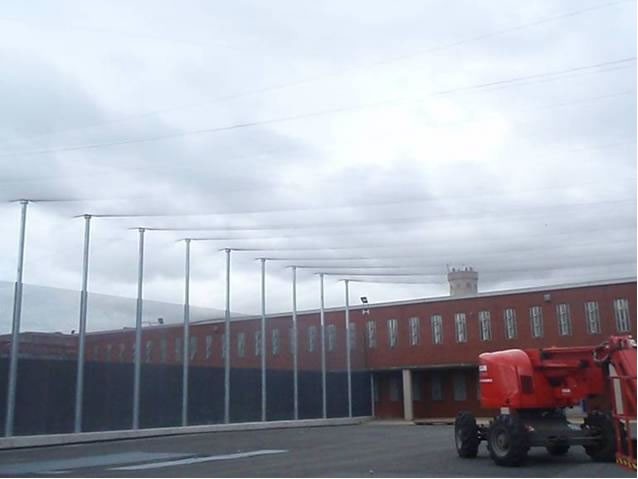 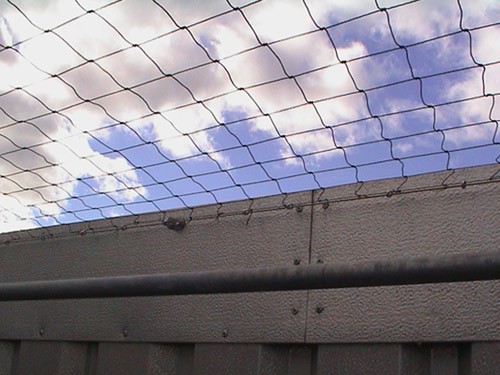 Drug and mobile phone prices in a Dublin jail have reached record highs as supply has been drastically reduced by netting installed to seal the exercise yards. In the past, drug barons in the prison had been organizing regular deliveries of drugs to be thrown over the perimeter wall and collected by inmates but these efforts have been thwarted by the installation of the new nanoShell Drug Nets.

Previous attempts to seal the exercise yards with contraband netting had failed because industry standard netting was unable to withstand the weight of ice and snow build up and would collapse.

The new nanoShell contraband netting has overcome these restrictions: a unique hydrophobic treatment significantly reduces the building up of snow and ice on the netting to a point where collapse occurs, thus achieving snow and frost resistant netting. This nano coatings treatment coupled with an effective and capable structural support system now provides for an effective barrier in normal summer and winter conditions. The harsh snow conditions this year proved the effectiveness of this unique coating with no net failures on premises that utilised the nanoShell Drug Nets.

If you would like to discuss our contraband netting solutions, please get in touch or call us on 01752 669009!