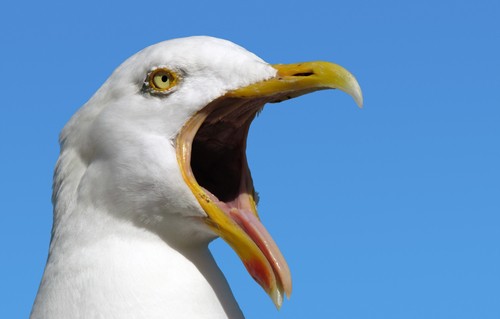 In August, police and RSPCA were called after seagulls were seen convulsing and collapsing on the beach at the Welsh seaside resort of Rhyl. A post-mortem examination of one of the dead seagulls by a local vet "revealed that it had eaten chips laced with poison."

This is not the first desperate seagull deterrent attempt in Rhyl. A seagull was shot with a crossbow last summer, which the RSPCA said was "highly disturbing".

Seagulls have also become an issue in other areas of Wales. Recent figures show that the number of seagulls in Cardiff had more than doubled to over 6,000 in just 5 years.

It is an offence to kill or injure a seagull under the Wildlife and Countryside Act 1981. However, this bird control legislation also permits authorised persons to carry out a range of activities against birds classed as pests.

Our specialist Bird Control teams allow us to provide seagull deterrent systems which do not harm the birds. We offer a wide range of seagull deterrents and will suggest a bespoke bird deterrent solution which will suit your individual needs. Our popular solutions include seagull scarers, bird netting and bird spikes, but we have many other seagull proofing systems available.

The use of natural Falconry bird and seagull scarers is another solution which can be part of a successful seagull deterrent system. The BBC reports that bird of prey have been deployed in Rhyl to deter seagulls from the town centre.

Please get in touch or call us on 01752 669009 if you would like to discuss your bird control and seagull problems with one of our highly trained surveyors!