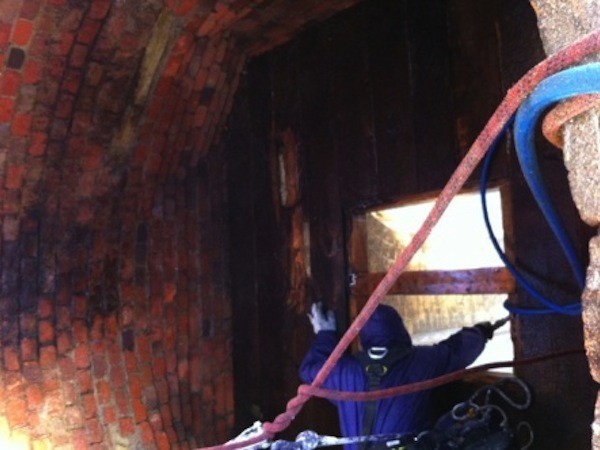 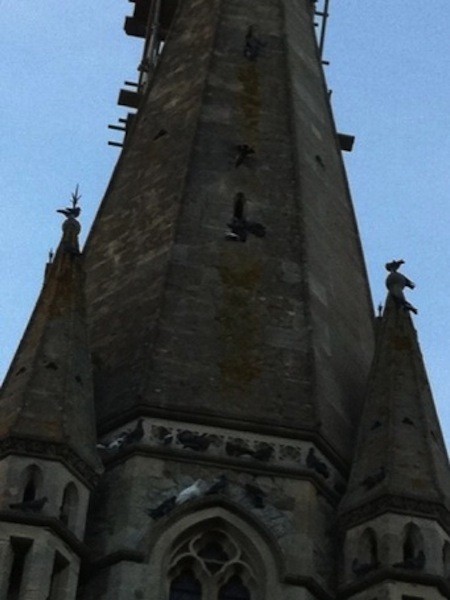 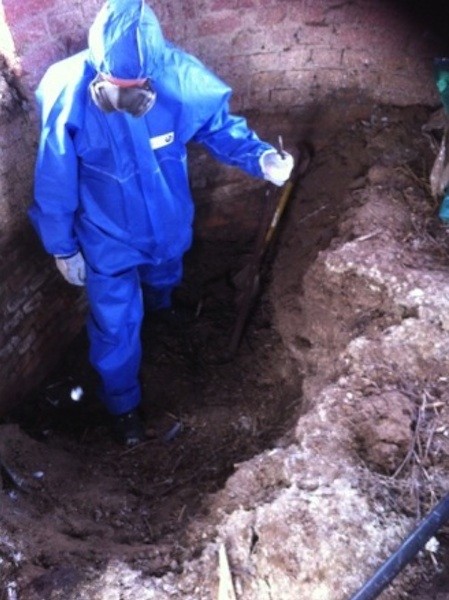 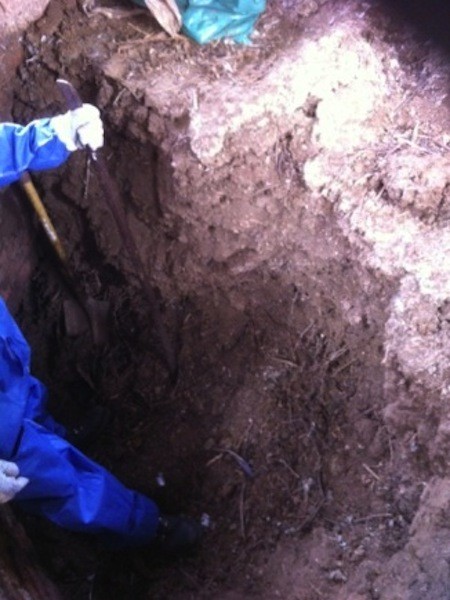 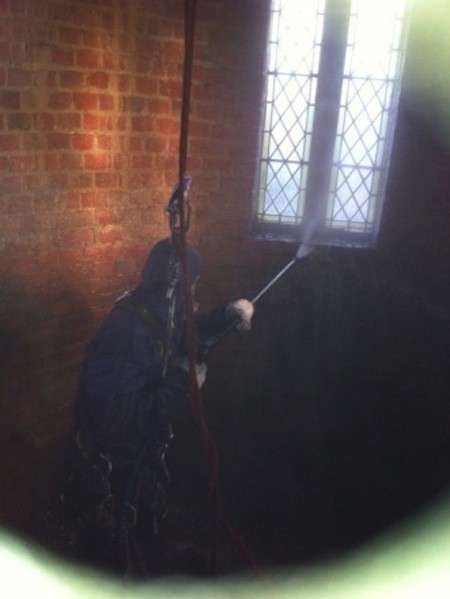 Over many years, feral Pigeons had been entering the spire via broken windows and decorative openings without bird deterrent systems and, as a consequence, there had been a vast amount of bird fouling deposited. The Council now required us to provide proposals in order to carry out the unenviable task of removing this bird fouling and installing bird control systems to prevent pigeons from entering the spire in the future!

Using access in the form of scaffolding provided, we were able to ascertain the approximate depth of the bird fouling. The depth appeared to be approximately 1.5m over an area of 9 square metres equating to several tonnes!

As this weight of bird fouling was situated approximately 9m high on wooden boards we could not simply put someone in the tower and begin digging for safety reasons. Instead, we barried off the area below and used our industrial rope access technicians who tied off their equipment to the top of the scaffolding. The stone repair company then removed one of the windows including the stone mullion in order that we could gain safe ingress; bearing in mind there had to be enough room for any rescue should that be required.

Over several days our bird control technicians gradually dug out the pigeon fouling, feathers and dead birds from the spire. We filled two eight yard skips with this waste! On completion the waste was removed to the transfer station and we pressure washed the inside and external sides of the spire before applying our biocide.

In order to prevent further ingress by birds a 50mm steel bird mesh netting was fitted to the internal window reveals and decorative reveals. If anyone does break the glass in the future at least there are now bird mesh panels in situ to act as pigeon deterrents and prevent ingress.

Please get in touch or call us on 01752 669009 if you would like to discuss our bird deterrent and fouling removal solutions with one of our highly trained surveyors!