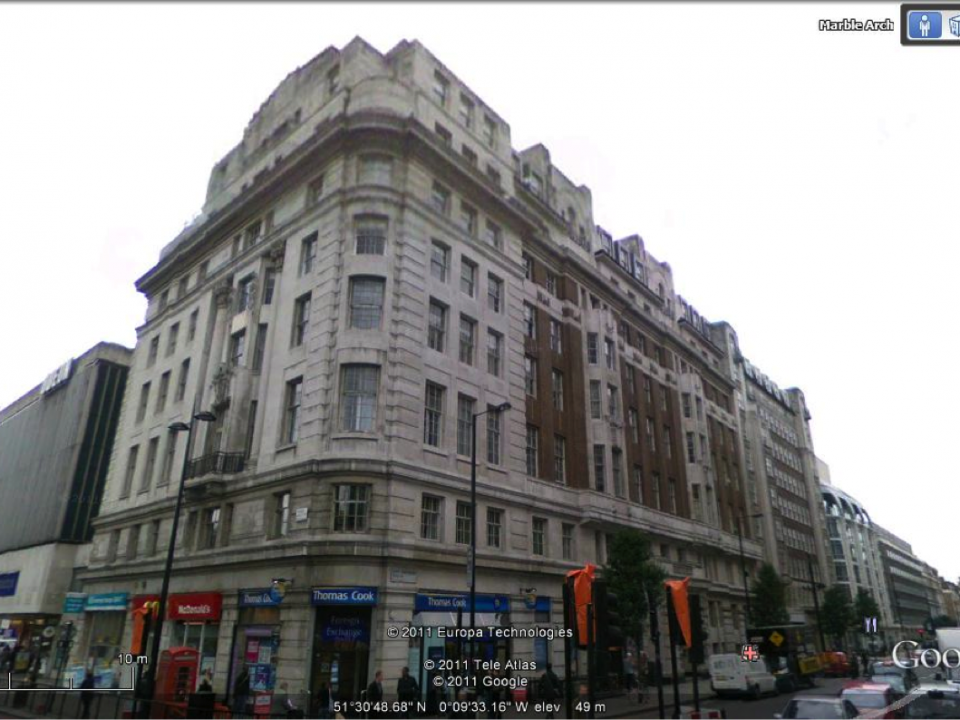 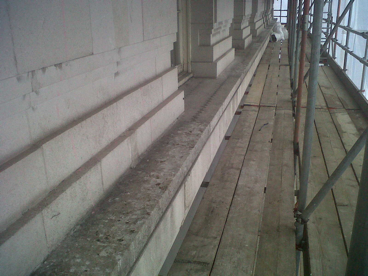 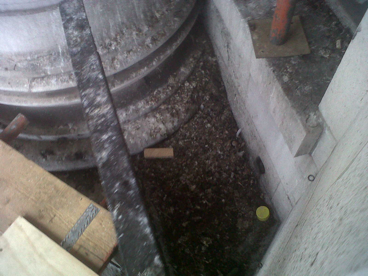 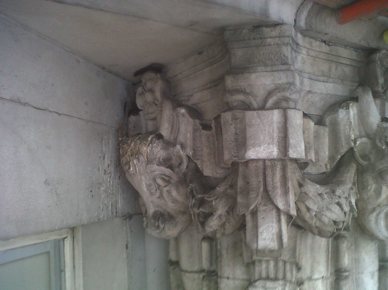 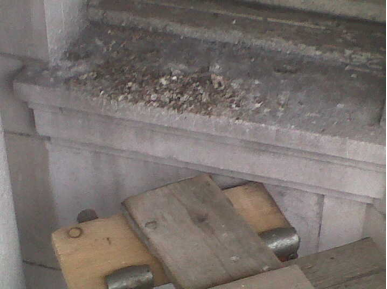 The building is situated at one end of Oxford Street, opposite Marble Arch with Hyde Park to the rear of that – a perfect outlook for roosting Pigeons! Originally comprisinf of residential Art Deco apartments and dating back to 1926, Cumberland House now includes the offices of many high profile companies and several retail units at ground level including McDonalds. The building has had some well-known occupants including former American resident, General Eisenhower, and currently a certain ex-Prime Ministers Wife and Son!

The brick and Portland Stone facades of the building have been subject to recent cleaning and repair and required proofing against feral Pigeons on completion of the main work. The Birds congregated mainly on the South elevation, opposite the Marble Arch and above McDonalds. This location was proving an excellent location for Pigeons: great views for spotting discarded food and an excellent sunbathing spot being South facing!

However, this constant usage by feral Pigeons particularly overnight lead to considerable quantities of bird fouling building up in several areas. This amount of fouling not only defaced the building and caused the erosion of stone facades and features, but was also considered a health hazard to office workers inside particularly when windows were opened. The heavy presence of Pigeons on this elevation also spilled over onto the rear elevation (fire escapes, pipework and light well) and the Great Cumberland Place elevation, which consists of many ledges and recessed balconies in which pigeons could roost.

Our recommendations for the bird control works required for this building had to both consider effective Pigeon Deterrents but also the aesthetics of the building and access requirements. For example, we could have recommended that Birdpoint bird spikes be applied to full depth of all ledges, however this may have been viewed as obtrusive.

Instead we came up with a combination of Birdpoint bird spikes, Bird Wire and Birdnet Anti Bird Nets. Other bird deterrent systems such as the Avishock electrostatic bird scarers were also presented, but not accepted, by the client.

Initially, and prior to some of the main works, large deposits of bird fouling had to be removed by ourselves from the external ledges of the building. This material was treated with a biocide prior to being brushed and scraped up and taken to a waste transfer station. The areas concerned were then pressure washed to allow the stone repair and other works to be undertaken by the main contractor.

Primarily, the heavy pressure Marble Arch elevation discussed was fitted with the bird spikes system as well as Birdnet pigeon netting to the recessed columns and the high level wide cornice. The rear elevation was also considered a heavy pressure nesting location, hence we fitted anti bird nets to the fire escape and light well with stainless steel Bird Spikes installed to the pipework. In the main, the rear elevation was accessed by means of abseil technique due to scaffolding impeding the ability to install netting.

The longer Great Cumberland Place elevation, was fitted predominantly with the less obtrusive stainless steel Bird Wire to the ledges and sills and Bird Netting to the recesses and balconies. The locations of the anti bird nets were mainly against white colour stone backgrounds and to that end we used white / translucent netting which blends against the background extremely well. Bird nets to the recesses were horizontal in any event so cannot be viewed from ground level. All in all, the Bird Netting installed to all facades is virtually undetectable from ground level.

Later in the project we were asked to complete our works without scaffolding present in order to save on these access costs. While this work presented us with a longer installation period, it was still viable by using rope access abseil techniques. Anchorage was gained at roof level from structural elements of the building. We then installed a number of abseil eyebolts to the high level facades so that we could deviate the ropes through these, in order to reach the locations deemed for pigeon deterrent protection.

On completion, and in summary of the works, we have undertaken appropriate bird fouling cleaning and installed an effective but considered Bird deterrent system from varying forms of access to prevent pigeons from roosting.