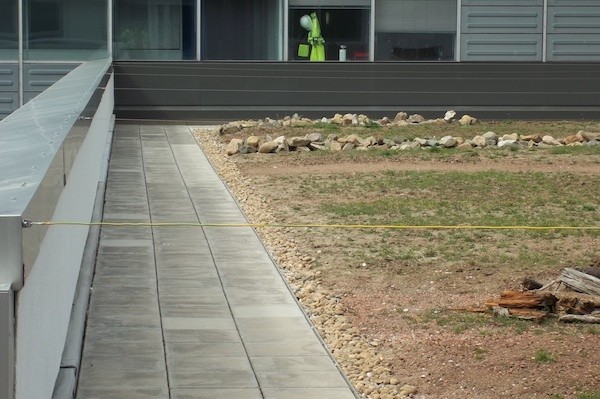 Preparations to get Birmingham ready have already begun in earnest and the City is keen that the people of Perry Barr benefit from the Games long after the event itself.

This regeneration scheme will improve transport connectivity between the Birchfield retail core, the One Stop Shopping Centre and the Commonwealth Games Village residential sites, whilst also paving the way for further development once the Village has been retrofitted to create new homes.

Eco Environmental would be delighted to partner with any main contractor that has been appointed to deliver on any of the above exciting projects.

As an example of our previous works, Eco Environmental were contacted with a request to protect a ‘brown' roof section against Seagulls at the new campus for the Birmingham Institute of Art and Design (BIAD). The brown roof area had incorporated a number of ecological niches in the design to help insects, plants, birds and bats to establish a habitat hence this area was identified as a likely spot for the Gulls to access and nest.

Our solution to this problem was to install a Gull Wire system, which uses parallel wires that are installed above the building surface at widths just below seagulls' wingspans. This makes the area beneath less attractive to these birds as they need wide spaces to land and take off and thereby denying future access to the sheltered areas.

A shown in the picture, the first bird wire is coloured to prevent accidental collisions and the gull wire system is humane and will not pose a problem to other wildlife species establishing in the area.

Contact us on 01752 669009 to find out how our seagull deterrents can protect your buildings!