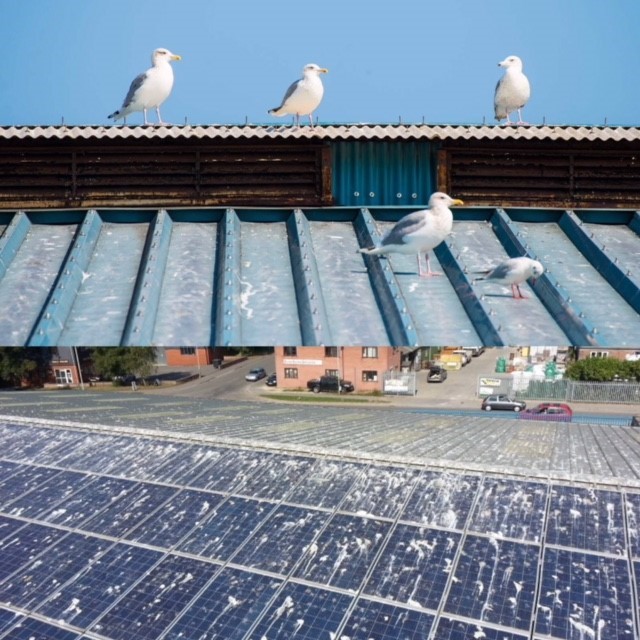 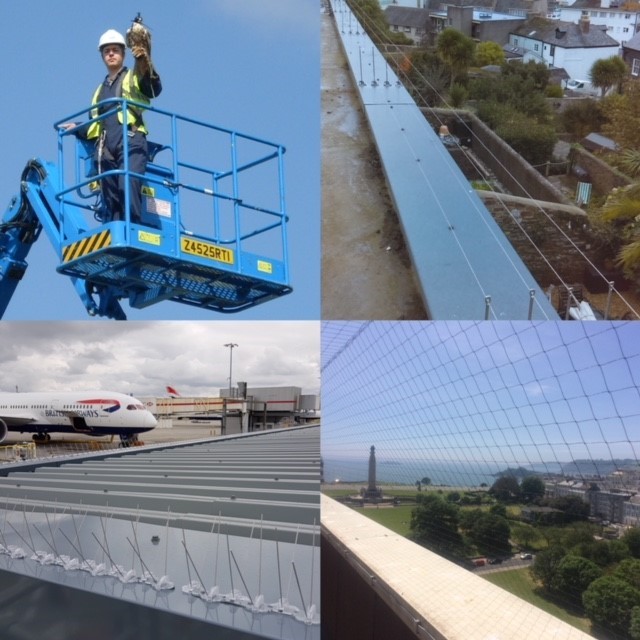 Take action now to deter Gulls from Nesting on your Roofs: -

There are a number of reasons why Gulls come to urban areas, but in the case of Herring and Lesser Black- backed Gulls, they are here to breed.

Rooftops and sheltered areas provide excellent nesting sites that are protected from the elements and free from various predators.

Adult Gulls (3 years and over) having once bred in a town or city will generally return to the same colony year after year, often to the same nesting site. Gulls breeding for the first time will find a new site and come to the area from as a far afield as approx. 80 miles away.

Mating activity will start in February when birds begin to identify nesting sites, courting is in full swing by March, and by April the nest will have been made. Typically, eggs (3 per nest) will be laid in late April or May. On a modern building, nests will tend to be built behind a parapet wall or where there is protection from the elements.

In urban areas the Gulls tend to occupy difficult to access sites between chimney pots and tucked away on ledges. They will nest on flat roofs and can be seen nesting together with Lesser Black-backed Gulls replicating the cliffs and dunes normally found in wild colonies.

Matters get much worse in July and August when the young birds begin to fledge (fly). At this time the adults are very aggressive and young chicks are falling out of nests, this can be quite emotive if found on the ground below or roaming the surrounding areas. By the end of the Summer the colony begins to disperse and things quieten down until the next breeding season.

The gallery opposite shows examples of our Bird Deterrent solutions such as Falconry, Bird Wire, Bird Spike & Bird Netting.

Please contact us on 01752 669009 to find out more about legal, Gull control and what an egg and nest removal program entails or visit our Seagull Deterrents page.

Gulls, like all UK wild birds, are protected under the Wildlife and Countryside Act 1981.

Previous Article Come and join the Team
Next Article Eco Environmental Services Ltd are delighted to...