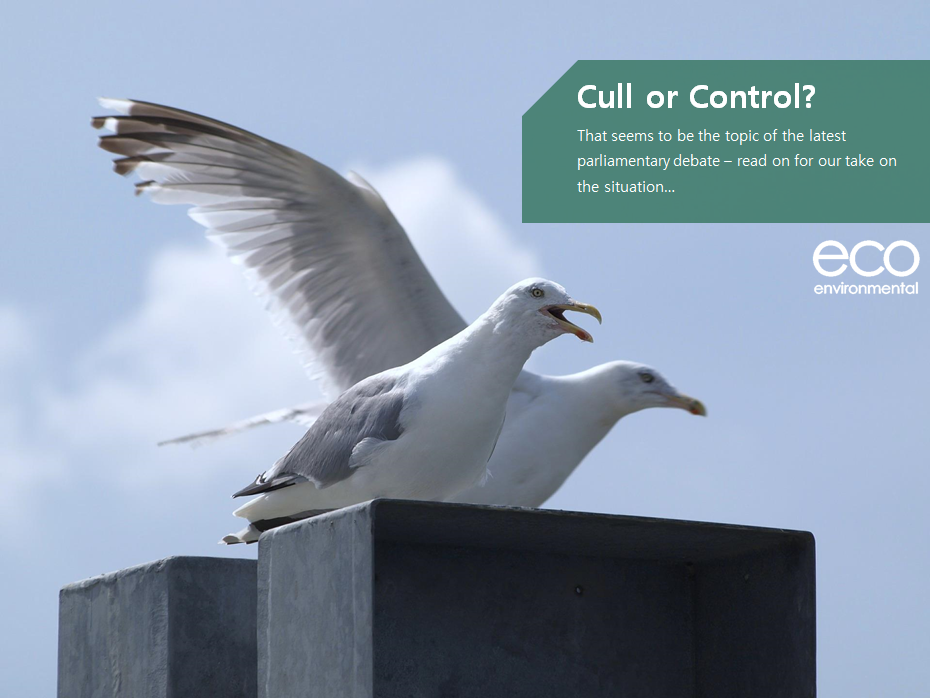 Local MP, Oliver Colvile held a debate in Parliament on 7th February 2017 to address the rising number of nuisance Gull attacks and damage caused by these birds.

The team @ Eco Environmental invited local MP Oliver Colvile to come and meet with us in our Plymouth Head Office in the Summer of 2015 to discuss future Gull prevention plans as the City started to prepare for the Mayflower 2020 celebrations.

Mr Colvile was very interested to gain further information relating to Gulls and Pigeons so that he could apply for a debate in Parliament, of particular interest to Mr Colvile were our humane and non-harmful systems that would deter as opposed to hurting the birds. Such systems would prevent perching and nesting in urbanised areas and drive gulls back to the coastal cliffs where they are naturally found.

"In the past 200 years, most species of gull have learned that they no longer need to migrate north or south. That is because the UK holds a variety of relatively mild climate conditions throughout each season and food is readily available from a wide selection of sources, as my right hon. Friend mentioned. Like all wild animals, seagulls have an ingrained will to survive. Much of that comes down to the fact that they are scavengers looking for food scraps wherever they can find them.”

Mr Colvile voiced his appreciation for the professional guidance and advice that Eco Environmental had given him over the recent years including the excellent briefing note provided by Fiona Kerslake (Operations Director) for use in the Parliamentary debate.

You can read the full debate here:

Robust deterrent systems in conjunction with responsible waste disposal methods utilised by commercial and residential properties coupled with a restraint from feeding Gulls, especially during the breeding season, will all help reduce the number of wild birds found roosting in urban areas.

Call us on 01752 669009 to discuss how we can help overcome Gull issues this coming Breeding Season with non-harmful, humane control systems or email us; info@ecoltd.net