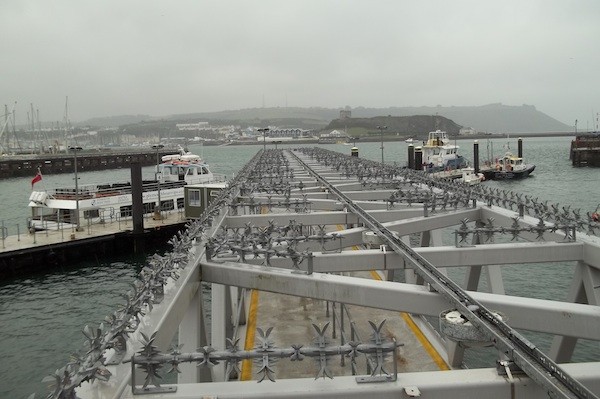 Eco Environmental were contacted in December 2012 and asked to install an anti-climb security system that would prevent the Plymouth Barbican Landing Stage from being used as a diving platform by members of the public once the warmer weather arrived in Spring 2013.

The original request was to have a Bird Spike system fitted to the Landing Stage however this would not have been sufficiently strong enough to deter persons from using the landing stage for diving purposes. With public safety being of priority Eco Environmental were asked to obtain a solution to this particular problem.

After careful consideration to cost implications and discussions with various suppliers it was suggested that an Eco Anti Climb Spike System be fitted to the perimeter of the Landing Stage, this would provide an intimidating barrier thus preventing any unauthorised access.

Works were carried out to the Landing Stage just before the Easter Break. Our client was delighted with the works carried out especially with the minimum disruption to the public and the final outcome of the installation.

Previous Article Ever wondered what all the fuss is about with a...
Next Article We did it! Running Plymouth Half Marathon for C...